Is Being Illegal a Crime 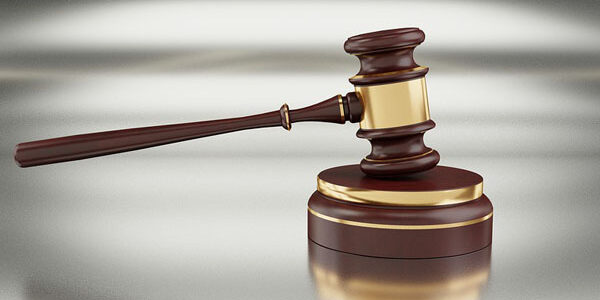 According to a 2016 estimate, the USA is home to about ten million undocumented immigrants. In the years since those numbers were publicized, the public sentiment toward foreigners seems to have shifted. The minority of U.S. citizens who have a problem with immigrants is getting louder by the year. But is being illegal a crime in and of itself?

Is Being an Undocumented Immigrant a Criminal Violation?

Nowadays, some people seem to think that entering a country unlawfully should be a criminal violation. Several states, including Arizona, have attempted to criminalize the presence of illegal aliens.

But at this point, being an illegal immigrant in the U.S. isn’t a crime. Still, entering the country without going through the proper channels is a civil violation. As such, undocumented immigrants live with the constant threat of discovery and deportation.

Even so, there are many sanctuary cities all across the country. In those places, law enforcement officers aren’t obligated to report illegal residents to ICE. The only reason to involve Immigration and Customs Enforcement would be if an immigrant had committed a criminal offense.

Because of that, most undocumented immigrants make it a point to live within the lines of the law. With that in mind, we wanted to talk about how these people might navigate the legal gray area they live in.

How Often Do Undocumented Immigrants Break the Law?

As you know, some citizens feel a sense of unease when thinking about undocumented immigrants. Still, most illegal immigrants are law-abiding residents of the country. In fact, studies show that citizens commit crimes at a much greater rate than illegal aliens.

Contrary to popular belief, immigrants even pay consumption, sales, and property taxes. On top of that, many also pay income taxes. Sadly, they’re not eligible for any of the social programs those tax dollars pay for.

At most, they could send their kids to public schools and receive emergency medical care. But that’s the full extent of the benefits they’re eligible for — they can’t even get welfare or health insurance.

Of course, that’s not to say immigrants don’t have constitutional rights. They can access those that are outlined in the Fourth, Fifth, and Sixth Amendments. That means they:

● Are protected against unreasonable government searches and seizures
● Can opt to remain silent when questioned by law enforcement officers
● Have the right to receive a speedy, public trial

Can an Undocumented Immigrant Become a Legal Citizen?

Ultimately, most immigrants want to become American citizens. Many of them came into the country in the first place to find job opportunities or be closer to their families. Some have been here for the majority of their lives or since early childhood. So deporting them back to their country of origin, when they may not even speak the language, would be particularly cruel.

Fortunately, there are avenues through which undocumented immigrants can become lawful citizens. It’s just harder than one might hope. After all, many illegal immigrants cannot simply apply for a green card and stay in the country. Even marrying a U.S. citizen and having children comes with no guarantee.

Instead, immigrants have to go through the proper channels, which are often incredibly slow. Still, if you make it through the difficult process, you have a chance of becoming a citizen.

So is being illegal a crime in the United States? Well, you won’t go to prison for it since it’s not a criminal offense. Still, as a civil violation, it may result in deportation — unless you make your home in a sanctuary city and follow the rule of the law!

What Rights Do Illegal Aliens Have?
Illegal Aliens and Their Rights in the US
Contact Us for Additional Information About Your Rights